Where are they now?

Mike Hirst founded Andy’s Angels after a heroin overdose claimed the life of his then 24-year-old son Andrew. The non-profit foundation provides financial support for treatment to people struggling with addiction.

To provide longer-term solutions, Hirst opened Andy’s Place, a permanent recovery housing project supported primarily by private funding. Since its inception in 2020, the facility located near Westwood Mall has provided long-term medically supported recovery within a safe and sober landscape.

The current one- and two-bedroom units are full, and “there’s currently a waiting list.” They are “now working on phase two of the project, which consists of adding two more buildings for a total of twenty-six additional units.” Hirst predicts the new construction on the East side of the current facility will begin next spring and says he is hopeful for a 2024 opening. 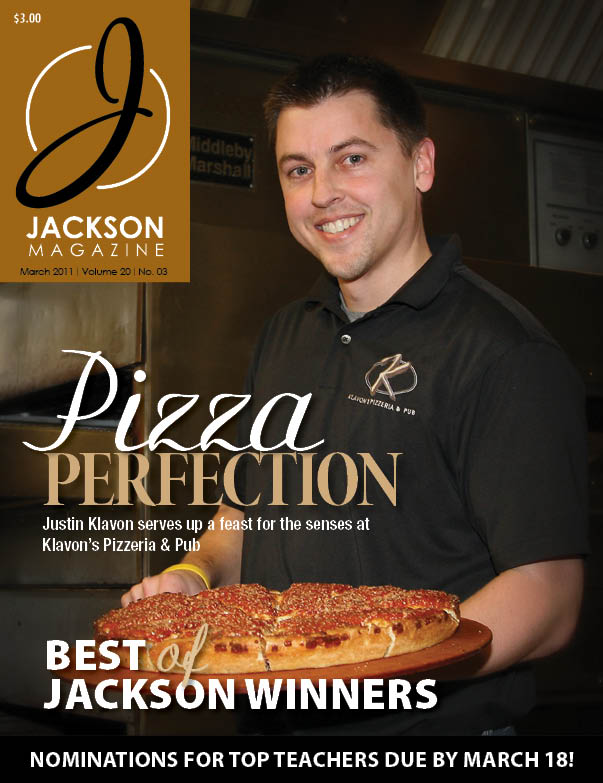 Earning a spot on the map and a wide-spread customer base, Justin Klavon introduced Klavon’s Pizzeria & Pub in 2007. His goal was to create an upscale atmosphere, but with affordable prices. He wanted Klavon’s to be unique, and it was. Soon enough, the signature Chicago-Style Stuffed Pizza would steal the show, and the company would be known as the go-to spot to grab a pizza and beer, watch sports, and host family gatherings, a fun night out, and casual business meetings.

The Vandercook Lake location opened in 2014 to serve the East side of Jackson County and, in turn, take some of the heat off the Northwest location whose wait times had grown increasingly long. The second location features the same mouth-watering menu items and classy look, with more spacious dining and kitchen areas and heated outdoor seating.

In 2017, they added the Detroit-style pizza, which Front of House Operations Manager Andrea Willcut says is “just as popular as our Chicago-Style Stuffed Pizza today.”

2020 saw the closure of the original location; however, the Vandercook location took it up a notch in 2021, offering freshly brewed Zingerman’s coffee and espresso beverages, plus bagels, scones, and cinnamon rolls available in the mornings at the drive-thru window. 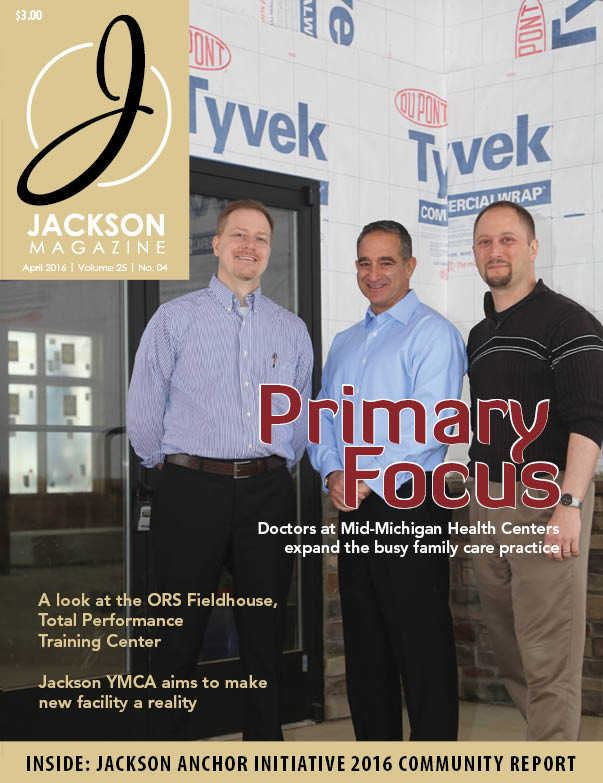 In 2016, Dr. Matt Rosenberg and partners at Mid-Michigan Health Centers expanded the family care practice from 5,000-square-feet to 8,000-square-feet. The addition to the practice, located at 214 N. West Ave., provided additional exam rooms, a spacious lobby, additional parking, and a drive-through overhang for patient convenience during inclement weather.

At the time, Dr. Rosenberg said the addition would allow for additional services and better and more efficient patient care. The practice purchased several lots on Grinnell Street to accommodate the expansion, as well as cater to a greater number of parking spaces.

Soon after completing the 3,000-square-foot expansion, the practice partnered with Red Cap Pharmacy, adding an in-house pharmacy to serve their patients’ needs even further. “That has been a wonderful partnership for us. [Red Cap] has done a fantastic job here,” said Dr. Rosenberg.

Mid-Michigan Health Centers is at it again, constructing an 18,000-square-foot addition. Dr. Rosenberg says the family care practice will remain in its current location. But, at the same time, the additional space will serve as a multidisciplinary center for specialty services such as cardiology, diagnostic ultrasound, mammography, and more. 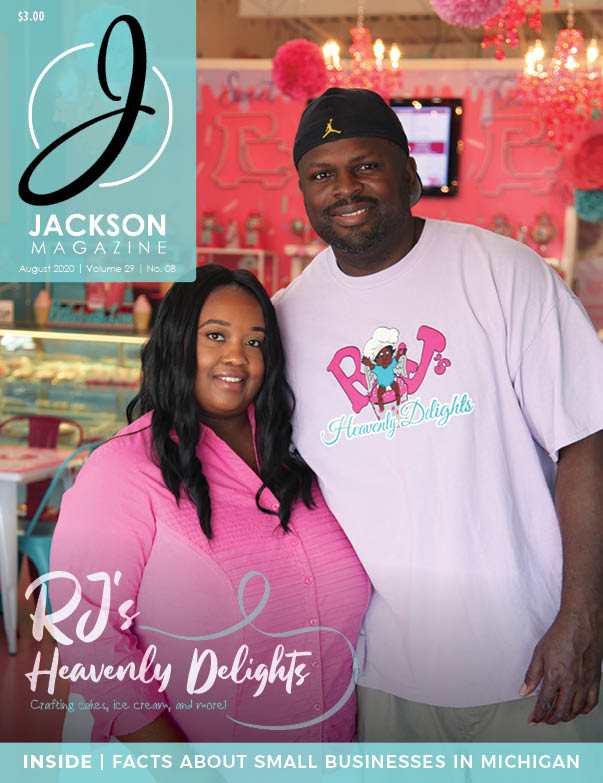 Yvette Wilkie was grieving the unexpected loss of her and her husband Robert’s nine-day-old son, Robert Jr. (“R.J.”) when she started RJ’s Heavenly Delights. The bakery and sweet shop opened in December 2014, on what would have been RJ’s third birthday, after Yvette discovered a way to utilize her knack for creating delightful baked goods and, in turn, to do something special in RJ’s memory. Their daughter, Jaylah, contributes by creating colorful bracelets to sell.

Transforming despair to hope, Yvette found therapeutic relief in baking and cake decorating. With the help of cake decorating classes and the friendship of an instructor, Yvette began looking forward to her time creating elaborate special-occasion cakes.

RJ’s Heavenly Delights sprouted into a popular destination for Jackson residents with a sweet tooth from the initial Lansing Ave and Westwood Mall locations. In 2019, the Wilkies moved to their dream spot on West Avenue – a more prominent site with more foot traffic. Not only did their location change, but the Wilkies also shifted their focus from intricate custom cakes to a variety of sweet treats, including ice cream, cheesecakes, cupcakes, macrons, cotton candy, and Crazy (milk) Shakes.

In December 2021, on what would have been their son’s 10th birthday, the Wilkies opened a second location, RJ’s Metropolitan Ice Cream Company, on East Michigan Avenue in downtown Jackson. The menu features burgers, fries, hand-spun shakes, and ice cream.

Additionally, the Wilkies opened “Sweets on the Street,” a food truck that “basically takes some of our most popular items mobile—like cheesecakes and Crazy Shakes.”

Credited with intentional, aggressive, and strategic growth, what was once CP Federal Credit Union continues to expand under President/CEO Chrissy Siders. Since 2017, under Siders’ leadership, CP FCU has been a force to reckon with, as they add branches and support causes, sponsor events, connect with the community, and promote a desirable culture in which employees work.

In late October 2021, the financial institution opened its newest location in Vandercook Lake, totaling 12 branches spanning three counties. Additionally, the Parnall Road branch will relocate just down the road to a stand-alone building planned for construction in 2022.

Proudly serving more than 63,000 members across Michigan, CP FCU converted to True Community Credit Union in January 2022. They welcomed the new name, in addition to a new logo and former Washtenaw Federal members into their systems and programs.

“TRUE CCU has experienced significant growth in the last five years, with the last two [years] posing significant challenges, showcasing our resiliency and ability to turn those challenges into opportunities as we experienced strong loan growth, expansion, and profitability,” said Siders.