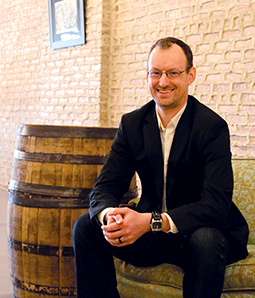 When did you become the owner of Jackson Magazine?

What made you want to purchase Jackson Magazine?

I believe that Jackson Magazine is a great asset to the Jackson community. Highlighting what is positive in our area through the lens of our business community means a lot to those whose stories we get to tell. Becoming the company’s second owner meant that we could continue to bring attention to those business owners, teachers, health care professionals, and youth in our community and tell their stories in a meaningful way. I was encouraged and excited by the possibility to direct this mission as the owner.

What is the biggest change you have made since taking ownership?

I’m not sure there is one large change that I can point to that would be the largest change that I’ve made since becoming the owner. What we have done is continually try to evolve and update the publication and the way that we reach the community each year. We’ve added new features in our Foreword, and now the Getting Personal and Lookback pages; we’ve developed an email newsletter for both our advertisers and readers; we’ve begun live streaming all our events; expanded our distribution; and broke out of our mold each November for a special themed issue. Jackson Magazine hasn’t been afraid to try new things – even if we just do them once – to help expand the exposure that we can give our featured businesses either at our events or through the use of our digital platforms.

What has been your favorite issue since you have been the publisher?

My favorite issue would still be November 2018. It was our first “breakout” issue for November, with a completely different layout and way we told the stories, black and white photos, and the hand-drawn cover of Michelle Woods. The idea for that issue was formulated over many months of lawn mowing and I’m still incredibly proud of it and the team that made it all come together. I think that it was something completely different and unexpected from Jackson Magazine and, at the same time, firmly within our mission.

Which issue over the past 30 years do you think has been the most impactful on the community?

Over the course of 30 years, I’m not sure that I can name one issue that was the most impactful on the community. I think it’s our longevity and our diversity that makes us special. I look back on the old covers and I’m proud that on some level we’ve been able to enshrine the memory of those that we’ve lost along the way. The old covers give a glimpse of not only how far Jackson has come, but also those bedrock families and businesses that have stood the test of time. I value our longstanding partnerships with organizations such as the Jackson Chamber of Commerce, JAMA, and the Jackson Commercial Contractors Association where we get to annually help these organizations showcase their membership. More than anything though, I think it’s the fact that for 30 years and 12 issues a year, we can continue to deliver positive news out of our community about businesses that are growing and doing good right here in Jackson.

What do you look forward to most as you imagine the next 30 years of Jackson Magazine spreading the good news of Jackson’s business community?

They’ve been saying that magazines are dead for a long time, and yet we’re looking to the next 30 years. I see the opportunity to use longer form written content in a powerful way in combination with some of the newer technology. The new technology is great, but it disappears so quickly. I’ve met people who still have their copy of Jackson Magazine from ten, fifteen, twenty years ago when they, or someone they know, were featured. What I look forward to the most is exploring some of those additional avenues where we can connect the business community together through the magazine and spread the word of what is happening here in Jackson to a wider audience in a way that is meaningful and lasting.